Our team at Morrisey Racing are an integral part of our successes. We would like to introduce these hard working staff members to you: 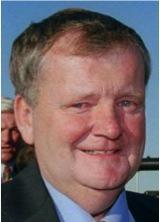 A training career which began in 1969, John has witnessed the thoroughbred industry evolve and change. One thing that has failed to change is the stable blueprint, which strives towards saddling up countless winners and ensuring owners enjoy their ownership experience.

John’s has spent a lifetime surrounded by the equine industry. His childhood consisted of absorbing and learning about all facades of the industry from his father and horse trainer Thomas. Based at Grafton, this is where John learnt his horsemanship and training skills stem from.

Starting out with a select team of horses in the capital of Australia, Canberra, the stable soon found success – and retained it; with 22 consecutive trainers premierships to his name. Having prepared countless quality performers in this time, John’s highlights include Group 1 wins with Camarena, Lachlan River and Rockdale.

It was in 2004 when John bit the bullet and made the move to Queensland’s Gold Coast racecourse. After finding his feet, it came as no surprise to many that he was able to achieve further sustained success with three consecutive trainers titles in 2009, 2010 and 2011.

Focused on providing individual care and one-on-one attention, John identifies his strengths as being a ‘hands on, dedicated and honest’ horse trainer.

Each horse is training and eating according to its individual needs which John identifies with his trained eye – having had a lifetime of experience in the game. 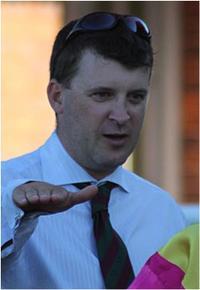 Trains in partnership with his father John Morrisey:

With a family steeped in racing, Scott Morrisey was always destined to become a trainer.

A third generation trainer in the Morrisey dynasty, Scott has no shortage of experience. Having held a license for over 15 years - he was appointed trainer of Capicorn Park before following in his fathers footsteps and moving to the Gold Coast, from the countries capital.

His best performers to date include Intemperate and Bruleur.